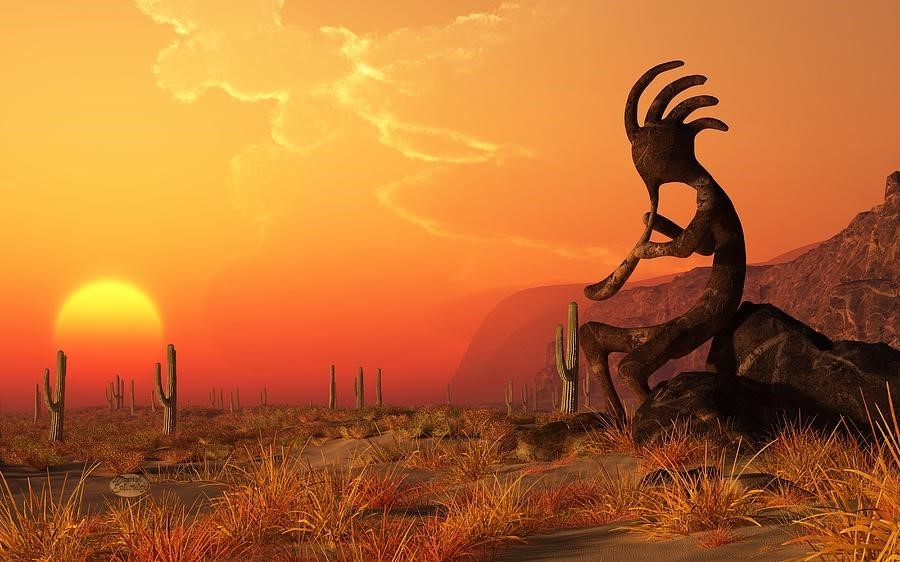 Have you ever heard about the legend of Kokopelli?

Kokopelli is one of the most intriguing and widespread images surviving from ancient Anasazi Indian mythology. It is considered the spirit of music and the symbol of fertility who brought well-being to the people, assuring success in hunting, planting and growing crops, and human conception.

There are several legends around Kokopelli. But what I would like to do here is tell you how I discovered it.

Some weeks ago I was speaking about leadership with a client –  a relatively young leader who has always impressed me for his degree of unconventional thinking. He was commenting on the fact that ‘organisations need more dreamers’.

“Well, I have a tattoo which represents Kokopelli. You can read up all the legends and stories about Kokopelli. What has always intrigued me about this symbol is that whatever he does, wherever he goes, his effects stay. When he arrives in a new place his presence is never silent though it is never noisy.

Through his songs and his rebellious spirit, he always makes himself heard.  More importantly, though, he doesn’t just ‘come and go’, he leaves something behind him. Nobody is ever the same after meeting Kokopelli. But nobody depends on Kokopelli for good.  It is as though his music stayed in the background and moulded with the people and landscape taking on a different rhythm”.

The words of this client and his story about Kokopelli accompanied me in the journey back home when I started writing this blog. Why did it make me think so much? Why did it resonate with me so much?

This is what I thought…

Organisations need more Kokopelli – they need people who want to shake things up not just for the sake of doing it but because they take full accountability of the effects.

Organisations need people that will raise their head and look around, that want to scan inside and outside of their context for a bigger impact.

Organisations need leaders that constantly work towards leaving a legacy.

More importantly, organisations need leaders who don’t feel indispensable because they know that if they have succeeded in having an impact, that impact will be much stronger when they leave.

I met this same client the other day – just after his top-level management role was confirmed. This is what he said:

“Now I need to focus on growing the person who will replace me. My Kokopelli has to ensure that the echo of his music takes a new rhythm – the rhythm of its legacy”.

Personally I am in a fascinating moment of my professional life. Following years of believing that time was a relative concept for me because my face and my spirit don’t show my age, I have now started to notice a shift in the way I look at myself and those around me…and in the way people perceive me as a woman and as a leader.

An example? As the Head of the TCO Coaching Practice I find myself thinking everyday about the rhythm that I want my Kokopelli to leave behind.