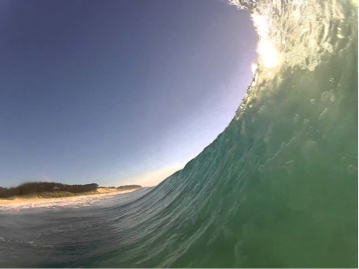 BREAKING NEWS: certain types are more successful in navigating today’s global workplace – and organisations are failing to promote them!

In case you haven’t heard about it yet, a multidisciplinary team of neuro-scientists and decision theory specialists at Cambridge University have just unveiled astonishing preliminary results on human genetic analysis based on sophisticated neuroimaging research. The data clearly suggest that people with certain genetic makeups are significantly more successful in working internationally and in handling the complexity, ambiguity, unpredictability and volatility of today’s business world.

Are you one of the people researchers are calling ‘global surfers’?

Surprisingly, what the researchers are also discovering is that rather than valuing these neurologically and genetically ‘advanced’ types, organisations are actually systematically filtering them out as they move further up in the management ranks, they are also being sent on international assignments in only 20% of cases and, perhaps worse of all, they are even paying them less. As you can guess many of these ‘global surfers’ are leaving the organisation disillusioned and unfulfilled. Sounds crazy, right? Why would organisations choose to actually reduce their international competitive advantage by dissuading these innately global types from taking on key roles in the company? Because these neurologically and genetically ‘advanced’ types are…women.

And the above ‘research’ is just a provocative piece of playful fake news to get you to consider some hard facts.

Here they are. Research in Italy shows that less than one in two women work, even though 59.7% of graduates are women. These women graduate earlier and with higher grades than men. The pay gap for women is on average 17% less than men. Only one woman in ten in Italy is in a middle management position. Yet the International Monetary Fund study of 2016 has shown significant increases in profitability for every woman who enters the top leadership team or Board.  The Boston Consulting Group Innovation through Diversity Report in February 2017 shows that there is a high correlation between more balanced gender diversity in management teams and innovation revenues – especially in large and complex companies. The Bank of Italy has shown that if female employment rises to just 60% the GDP in Italy would rise by 7%. The graph from a McKinsey report in 2015 below charts European women’s reduction in presence at each successive career step.

TCO International has recently started partnering with Valore D to develop the ‘Global Agility & International Mindset’ of women in its membership of 156 companies which employ over one million people in Italy. Valore D is Italy’s leading association to promote diversity and female talent and leadership for organisational and national growth. At the kick-off event for an ‘accelerating path’  for 39 women middle managers I was struck by the precision with which organisations are shooting themselves in the foot by not having more women in senior management. Our own focus in TCO International on creating value out of diversity is often impeded by finding ourselves in front of leadership teams with ties on.

Valore D initiated its ‘Accelerating Path’ for women talents to help close the gap in women’s strategic positioning in organisations. Women managers tend to be more present in Shared Services, Admin and HR roles (24%) but less so in strategic roles such as CFO and Strategy (16.5%), Operations (9.9%) and CEO (3.9%).  The focus of the development path is therefore on preparing women for these underrepresented roles. The aim is to close the competence deficit. This is one way to gain parity of presence at the top.

Our own program with Valore D takes an opposite approach. It is about valuing a competence gap which already exists between men and women – and where women are intrinsically more able – and which we believe is central to meeting the key leadership challenge for today’s organisations: Global Agility – the ability to think, act and create value in an interconnected VUCA (Volatility, Uncertainty, Complexity and Ambiguity) world.

Here is why. Back in 2009, with our partners in WorldWork Ltd we published (Cultus, 2009) an analysis of the database of respondents to The International Profiler questionnaire focusing on 22 factors which contribute to success in an international context. We found significant differences between the emphasis men and women gave to the international competency set. Women gave remarkably similar emphasis in areas of international competency to those, irrespective of gender, who had lived abroad for at least 18 months abroad as an adult (expats). Women tended to show an intrinsic expatriate mindset and skillset even if they had never had such an experience. Compared to men, women have a significantly higher focus on spirit of adventure, valuing differences, relationship building skills in unfamiliar contexts, adaptive languages skills and acceptance of local approaches. In higher growth Asian and South American markets they are more able to match the implicit local communication styles and read between the lines. Men, on the other hand, seem to take a stronger ‘push’ orientation, focus on longer-term goals without being distracted along the way, communicating their intention clearly and showing sensitivity to the formal and informal power structures which influence decision-making.

It seems that in navigating as a ‘minority in a foreign land’ woman had tended to build up the experience and skills needed by expats, but in their own companies in their own country.  The irony is that recent relocation reports show that less than 20% of women are selected for expat assignments.

Not only do women tend to have a higher natural state of readiness for international assignments but the very competencies which expats develop as a result of their adaptation to the unfamiliar, unpredictable and ambiguous nature of their new environment are precisely those which organisations need even in domestic contexts. Today’s managers are expected to be adaptive to complex, changing and unpredictable scenarios impacting on the business. Top teams exhort their middle management to take more risks, think bigger and be more intrapreneurial – networking with less predictable partners in the pursuit of innovation opportunities. Women’s significantly higher focus on seeking out bungie jumping variety (high Spirit of Adventure scores) suggests that they are more adept at operating in a world with lower levels of personal control.  This requirement to make things happen, less by a push focused, directive style and more by horizontal influence across the role and task ambiguity in today’s matrix structures is playing to women’s strengths. Women are simply more able to draw on pull influencing styles – as our own work on exploring TCO’s Influencing Agility questionnaire database shows.

There is a double irony in all this. Many women have developed home-based expatriate experience like a phoenix from the ashes of their career paths in their local country organisations. At the same time, these extended ‘foreign assignments in my local neighbourhood’, have now prepared women for greater readiness for the new VUCA world which is no longer just the territory of pioneering expats.

Can this neurologically and genetically advanced group of ‘global surfers’ finally get the recognition that they have core competencies basic for today’s organisational survival and growth? The madness is to go on as before.

We look forward to having an equal balance of gender in our Global Agility open programs so that we can also accelerate women’s innate and acquired skills, boosting their real competitive advantage in todays’ promotion stakes.

PS With a coherent belief in the power of diversity and inclusion, Valore D’s catalogue programs are open to both men and women 😉